Season 11 of League of Legends is almost ending, so it’s time to start checking the new upcoming season 12 and what will be new updates and changes.

Season 12 will have major updates and reworks including the Dragon system, new items, runes, and much more.

Dragon System will be reworked:

Dragons will have now new updates and once you kill the 2nd Dragon the terrain will now have major changes comparing to last season. 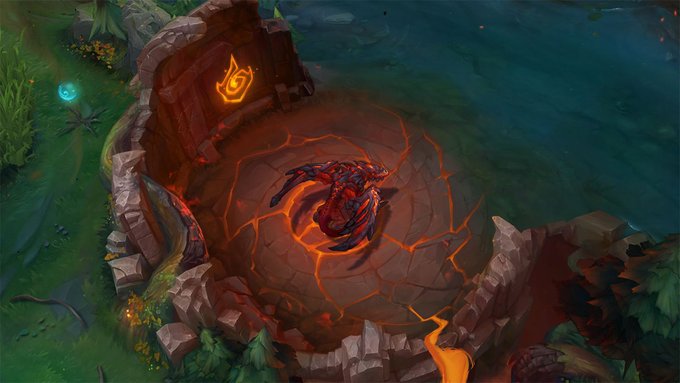 New and updated Mythic and Legendary items for Supports and Mages:

Riot are adding more Mythic items for supports besides the usual locket and Surelya’s to fill some gaps so supports can be stronger and have more options.

We all know that some secondary runes are super strong on the inspiration tree, but others are not take at all or used by players, Riot wants to have a tree that everyone can use all keystones, there will be changes on Omnistone, Glacial Augment and Unsealed Spellbook.

New Bounties Objectives to help teams that are behind to get back into the game:

On Season 12 players will be able to get more Gold by destroying towers and objectives if they are behind in the game, this bounty will give more options for the losing team to come back in the game and make games unpredictable.

New Challenges to give more progression outside ranked ladder:

Challenges will give all players another way to show game achievements, it will track your grind and give you rewards.

When does Season 11 ends?

There’s not a specific date yet on when season 11 it will end, but by checking last season’s starting and ending dates, you can confirm that it will end somewhere between November 10 or 11.

So now we will have a month and a half to climb as much as we can for those juicy end-of-season rewards, Victorious skin, and screen border.

Since there is not much time left, if you don’t have the time to put on the game to climb the ladder, you have a lot of options where you can still get your rewards without wasting your time, League of Legends elo boost is a great option for you.

Getting a boosting to your account at the end of the season is the best option, end of the season by default is always the hardest time to climb in the ladder because of different factors such as elo boosters in all the games or smurfs just having fun because they already got their rank on main accounts.

For now with Worlds being played already, we know that end of season is near and it’s time to play League of Legends!